Chanelle Hayes Is All Wet In A Bikini

Chanelle Hayes is one of those celebrities you either love or hate. Rising to have on season 8 of ‘Big Brother’ her climb to the top was pretty impressive. Before long she’d racked up a serious list of credits on all manner of reality television shows, had an impressive modeling portfolio and had even signed a recording contract. The problem was that while she was everywhere for a while, not everyone was thrilled with that and once the back lash started, it hit fast and hard. With radio stations refusing to add her single to their play lists, festivals refusing to let her sing and her own admission that she thought her fame was a thing of the past, it seemed her reign was coming to an end just as quickly as it started. Add to that a suicide attempt and numerous failed relationships and it’s a little hard to be anything but sad when you look at this one. With that said, she looks gorgeous here in Spain. She doesn’t look super happy, but she’s at least in one piece and I’ll give her credit for that. 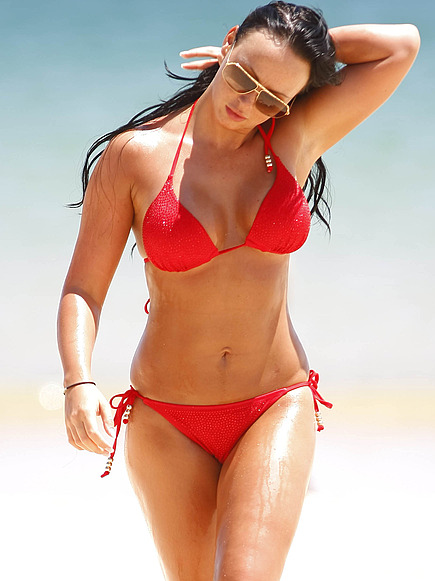