Claudia Galanti Knows How To Rock A Bikini

Until this post came up, I had no idea that Claudia Galanti existed. I feel sad about that somehow. My research into this beautiful woman has turned up, well, not a whole lot. Apparently she’s a model who appeared on the seventh season of the Italian version of “Celebrity Survivor”. I just wrote a post moments ago about another lovely lady who appeared on the show as well, although in an earlier season, which leads me to wonder if I should check this show out. I don’t speak Italian but perhaps there’s a version with subtitles? Or perhaps I could just watch because they seem to cast some incredibly beautiful women. I think that’s reason enough to tune in. 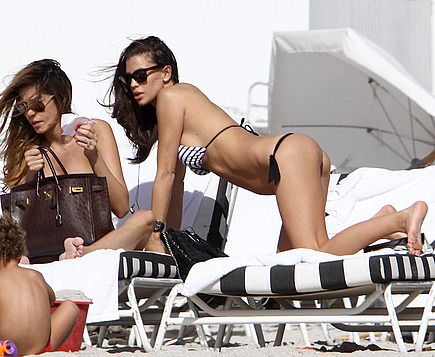