Until “American Horror Story” I wasn’t terribly familiar with Connie Britton. I knew she had some success in acting and had a fairly sizable fan base – enough that I’d heard her name quite often – but hadn’t seen much of her work myself. Then “American Horror Story” came along and I fell in love. While Vivian wasn’t really my favorite character on the show (that honor would have to be split between Constance and Tate), Connie’s portrayal of Vivian was award worthy. I’m a little surprised to see these pictures of Connie chilling out by the pool at the Four Seasons in the Caribbean. I guess I so closely associate her with her character, it’s weird to see her in such a normal setting. She looks incredible though. Who would’ve guessed she has such a great body. She also looks like she’s having a great time. I love this woman. I can’t wait to see where her post AHS career takes her. 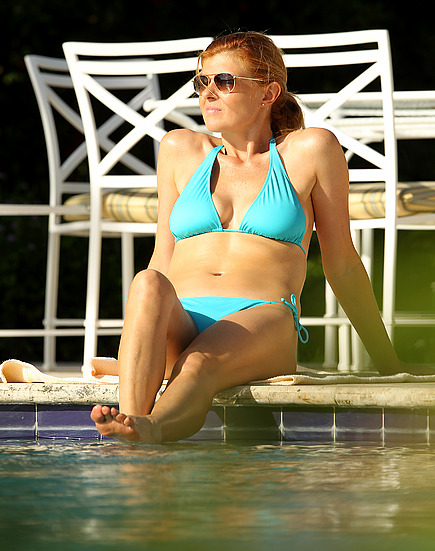