What is the deal with Courtney Stodden? Why are people still paying attention to this skank? It makes no sense to me. Well, I guess it makes some sense to me. She is hot and she does have an incredible body but shouldn’t there be more than that? I mean, look at these shots snapped in California. She’s clearly pretty but she’s so phony. Okay, I admit that I’m a total hypocrite. I don’t mind some girls who look phony but at the same time, Courtney really bugs me. I think it’s the whole “Teen Bride” thing. I mean, is marrying some old dude really something that should make someone famous? Not in my opinion. Have some respect for yourself, Courtney. Put some clothes on. Either that or just shoot a porno and get it over with. 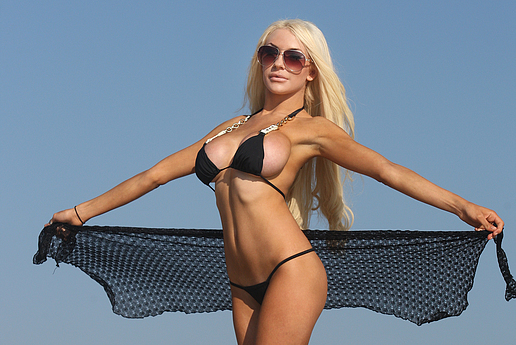 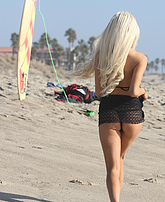 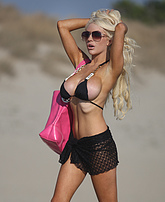 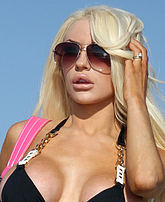 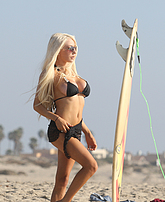 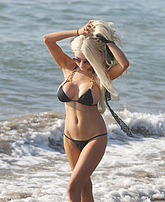 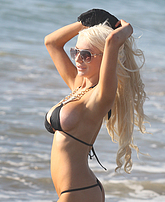 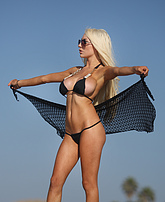 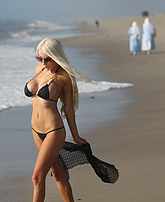 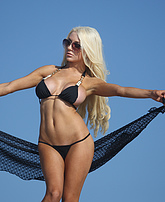 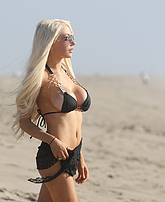 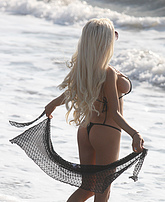 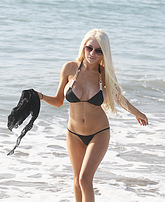 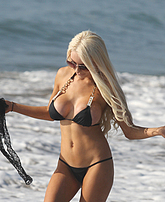 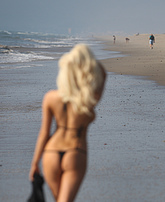 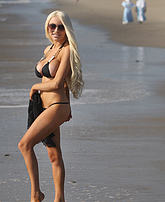 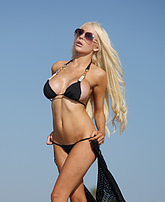 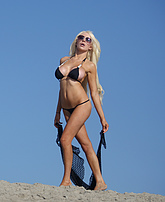 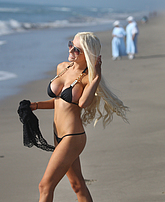 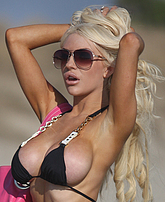 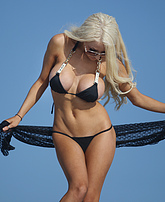