Courtney Stodden Is Thankful For Attention.

I really don’t want to hate on these photos because I respect PETA and everything they stand for (although I think they go a little too far sometimes and that takes away from their message) but by allowing ‘Teen Bride’ Courtney Stodden to pose half naked for them does more damage than good, as far as I’m concerned. It just doesn’t seem like PETA has any standards anymore. I don’t believe Courtney has the moral convictions that PETA represents. As an organization, PETA can occasionally come across as a little too pushy but at least the intentions are usually good. It feels like Courtney saw this as just another chance to get her name and face in the headlines and that bothers me. I could be wrong entirely. Maybe Courtney is a passionate supporter of animal rights and really believes in what PETA stands for but until now, the only thing Courtney has shown any passion for is being famous. 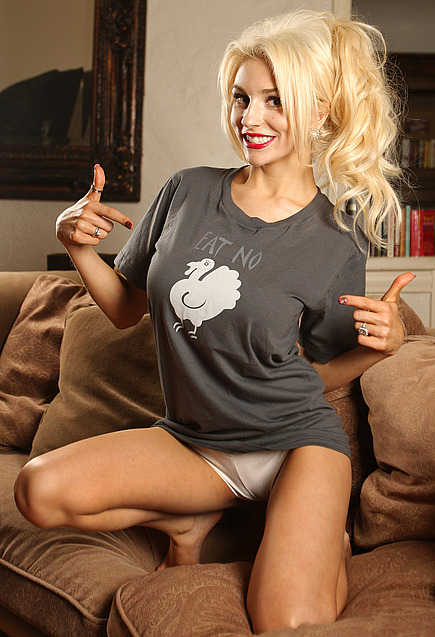