Happy New Year, everyone. Let’s start off with the one celebrity I hope will disappear from the entertainment gossip world entirely in the coming year – Teen Bride Courtney Stodden. Now that she’s left her Daddy/Husband in her slutty dust, let’s hope people no longer feel the need to take photos of her while she’s out skanking around. In these shots, Courtney’s leaving Bossa Nova restaurant in West Hollywood with her mother/enabler and she’s looking every bit as trashy and low class as one would expect. This woman has no respect for herself so I have no respect for her. Is she hot? I guess in an ultra-trashy desperate kind of way but I don’t find trashy or desperate sexy so while I can see the appeal to some, I find her revolting. Please go away, Courtney. Come back in a few years when you’ve found some self respect and aren’t willing to sell your body and your soul to the highest bidder. 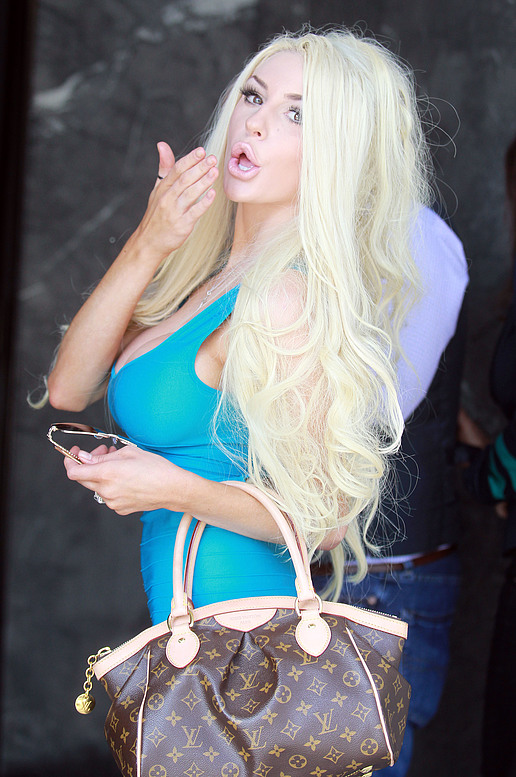 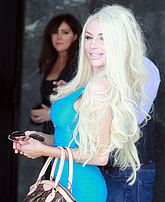 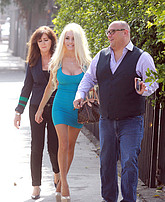 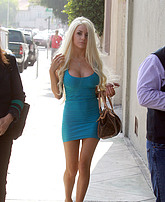 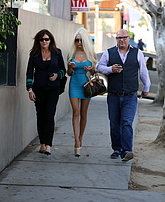 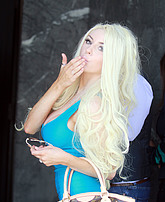 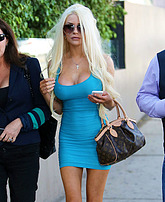 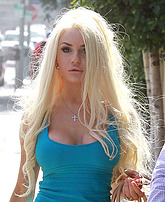 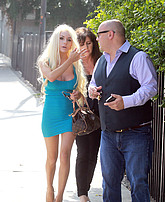 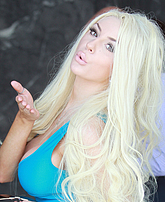 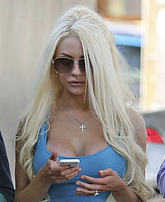 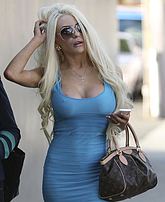