Do I even need to say how much I dislike Courtney Stodden? While it’s nice to see her supporting a good cause, I don’t for a second believe she’s supporting it because she believes in it. I fully believe Courtney is involved with PETA because it gives her a chance to pull stunts like this one – wearing a lettuce leaf bikini in Hollywood. I like the message of PETA because I am all for animal rights but I sometimes feel their message gets lost in their methods. Working with Courtney is a pretty good example of that. There must be all sorts of other celebrities out there who would have been willing to help who are actual celebrities and would give the cause credibility.  Instead, PETA opted to work with a desperate fame whore who does nothing at all to improve the image of their organization. Shame, really. 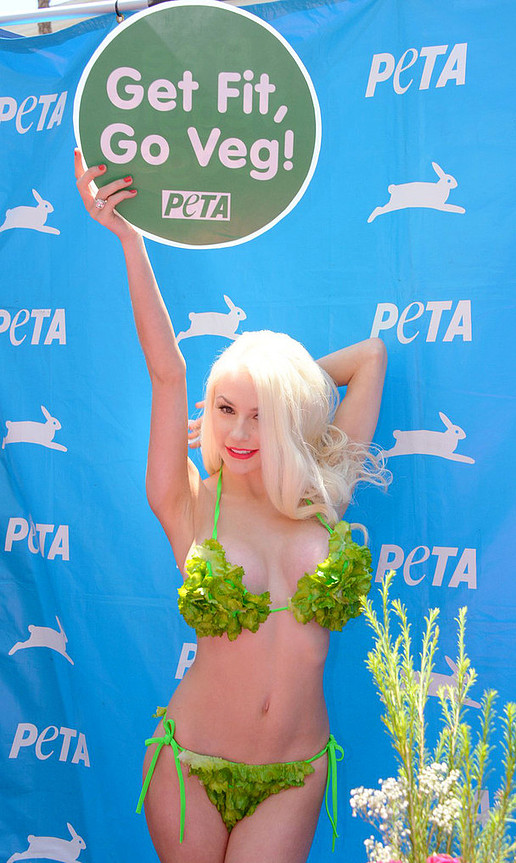 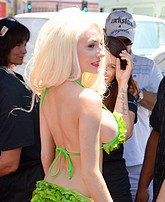 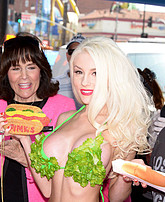 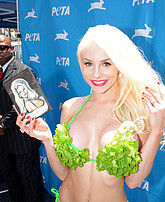 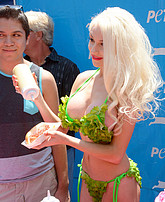 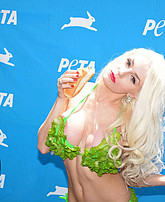 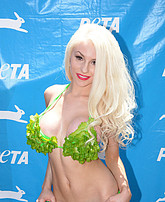 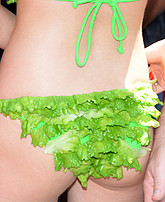 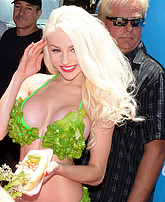 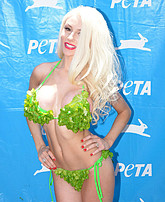 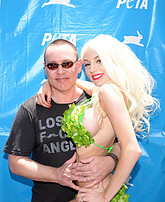 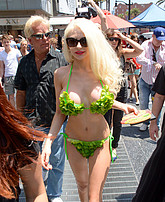