Courtney Stodden, You Have Got To Be Kidding Me

Every time I’m assigned a set of Courtney Stodden pictures, I tell myself that I’m going to be open minded and not have a preconceived notion of what I should expect. I tell myself that the set of photos will be different than all of the other ones we’ve seen. I tell myself she’ll have found some self respect hidden at the bottom of her lingerie drawer and realize she doesn’t have to be half naked to be worth something. Then I open the photos and it’s more of the same old thing. We get it Courtney. You have a nice body. What else do you have? Can you act? Can you sing? Can you do anything other than strike the same exact poses in different costumes. I have to say though, this new set of photos is an all time low for this girl. “Washing a car” in a teeny tiny bikini and big ass heels? That’s not new. It’s not interesting. It’s been done and it’s been done better. If you’re going to steal the same idea a million other women had before you, at least do it better. Otherwise you wind up looking like a lame imitation. You want to be shocking and get attention? Show us you have a brain in that bleach blonde head. That would be truly mind blowing. 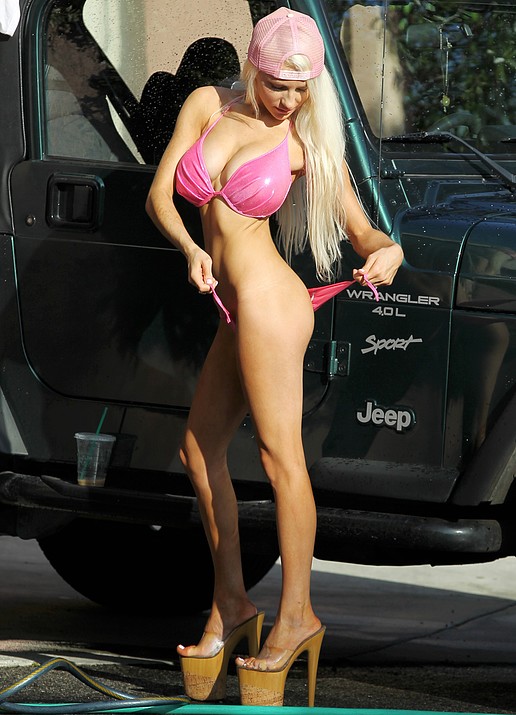 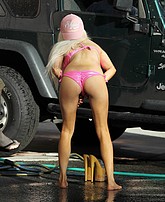 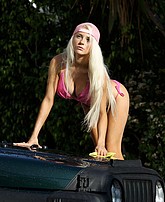 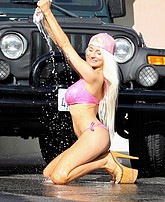 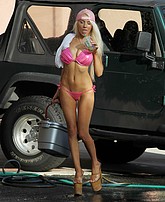 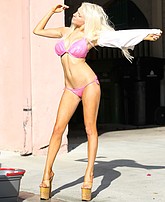 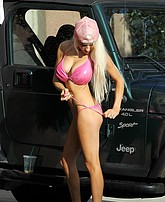 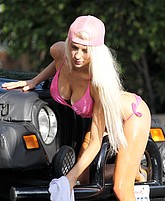 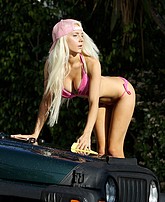 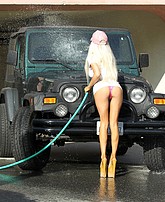 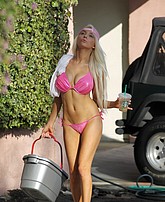 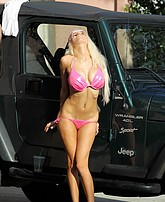 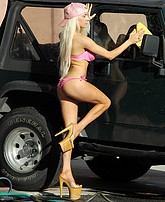 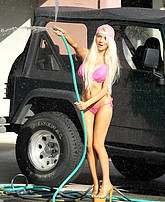 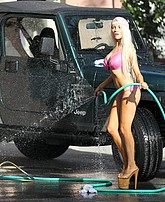 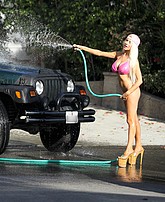 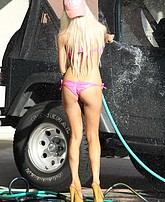