Remember when Denise Richards was known as an actress and not just a killer body? No? Me neither, but you can’t hate the girl for that. The girl looks damn good and she knows it. Why shouldn’t she show it off while she still has it. It’s hard to believe this woman is a mother of two but she is – and for once in Hollywood, she actually seems to be a pretty good mother. Still, Mom needs time to herself and as long as she keeps taking that time on the beach in bikinis, everyone profits. The bitter custody war with Charlie Sheen behind her, Denise is looking happier than ever and who can blame her. There’s a winner and loser in every break up and considering the state of Charlie Sheen’s life right now, one can’t help thinking she won because she lost the loser. 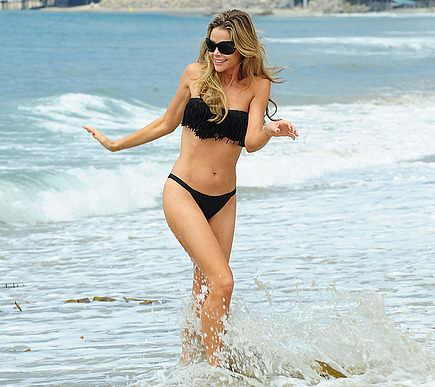