Does Audrina Patridge Look Hot In A Bikini?

Audrina Patridge isn’t for everyone. I’m not sure which side of the fence I fall on with her. Sometimes I think she’s hot, other times I think she’s only okay. She was the hottest girl on “The Hills” but that’s like being the hottest girl on “The View”. I mean, she can take it as a compliment as she wants, but considering the other trainwrecks on there, it’s not really saying a whole lot. She was also one of the hottest girls on this past season of “Dancing with the Stars” but the same logic applies. Brandy was far more attractive and a better dancer. Jennifer Gray was even more attractive than Audrina, at least in Jennifer’s prime (even before her nose job). Still, in these particular pictures, I think Audrina looks pretty good and her mother isn’t so bad either… as long as she keeps her mouth shut. 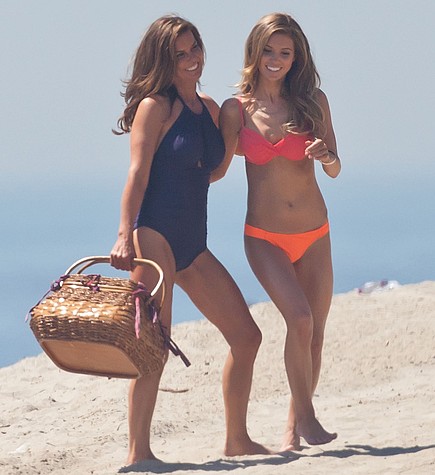