Elisabetta Canalis In A Black Bikini

There have been rumors floating around the celebrity gossip world for the last few days regarding the status of the relationship between Elisabetta Canalis and boyfriend George Clooney. Recently, Elisabetta has been taking vacations alone while George has been, well, being George Clooney. So is it true? Is Elisabetta a single woman? I have no idea. George has denied the rumors of a split and who the heck am I to argue with George Clooney? I’m choosing to ignore the rumors and focus on how hot Elisabetta is in these pictures. She seems to be having a pretty good time. She isn’t my favorite famous significant other (that honor goes to Camila Alves) but she definitely isn’t hard on the eyes. I’d say Clooney’s a fool for letting her go (if in fact he did), but I have to assume there will be another gorgeous brunette on his arm before long. 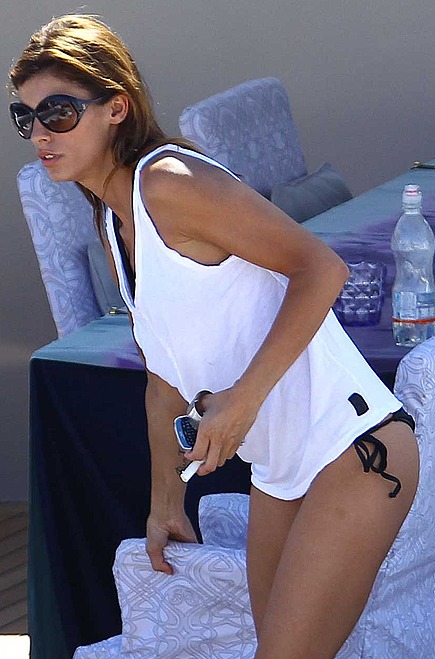