Just the other day I was talking about aging gracefully in Hollywood and how few celebs do it these days. As with most things, I’m fairly back and forth on the subject. I like to see women who aren’t afraid to get old. At the same time, when I look at these pictures of Elizabeth Hurley in London, I can’t help but feel sad. I remember a time when Liz was my biggest girl-crush. She was beautiful and has that sexy accent. I’m not saying she isn’t beautiful anymore. She definitely is still attractive and her body is ridiculous, but she’s definitely showing her age. I say kudos to Liz for being proud of who she is, even if I’m not quite as attracted to her quite as much as I used to be. 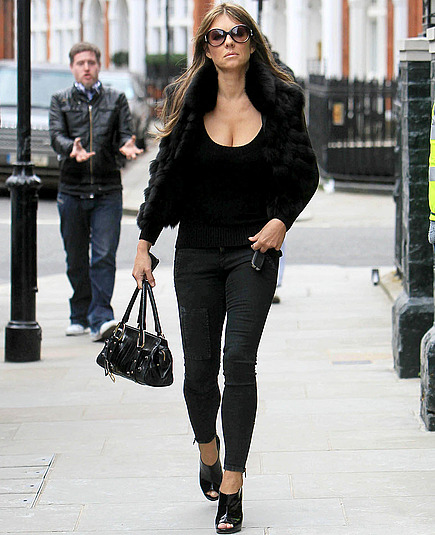