Really? Imogen honey, hold your hem or something. In all honesty though, I feel Imogen Thomas’ pain here. I really do. I’ve worn a similar garment out in public on a windy day and had there been a photographer snapping pics of my every move the there was with Imogen, there would’ve been at least one extreme upskirt. Wind happens. I have to comment on one thing though – her underwear. I really, really like those panties although from the looks of them, it could possibly be bikini bottoms. Either way, I’m not sure if it’s a butterfly or an angel on the crotch but it’s cute. Regardless of the whole upskirt thing, I actually really like these photos. Imogen looks lovely and I like the relaxed feel of the pictures. She doesn’t seem to be terribly bothered by the cameras or the wind. I like that about her. She can just laugh it off. I’m not sure I could do the same. 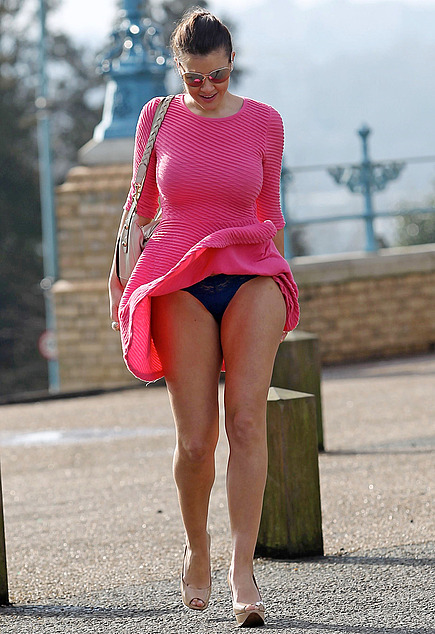