Gemma Merna All Wet In Pink And White Bikini

You know what I like most about British actress Gemma Merna? She’s the real deal. She’s honest. She has admitted to having breast enlargement surgery at the ripe old age of twenty-one instead of going the typical route of, you know, lying about it completely to anyone who dares ask. I’m not a fan of fake breasts but I am a fan of honesty. More than that, she doesn’t talk about the surgery as a huge mistake or as something she regrets which is definitely the trendy way to go. Instead she says it was a great decision that made her feel more confident. To be fair, big boobs or small boobs, I can’t really see much for her to feel self conscious about. The girl is gorgeous. Either way, kudos to her for being honest and open even if I think cosmetic surgery at twenty-one (or any age, really) is completely ridiculous. 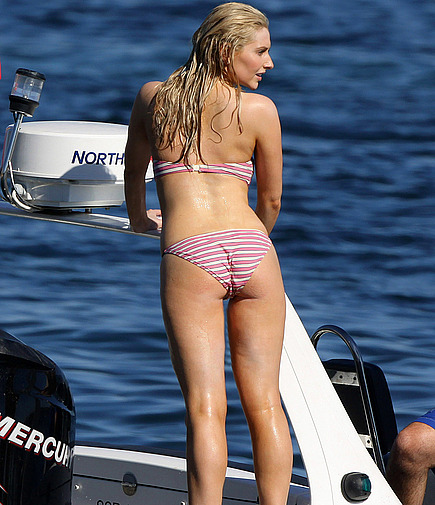