Georgia Salpa Is Quite A Woman.

I think by now I’ve made my opinion on reality television stars pretty clear. Not a big fan. Georgia Salpa is a bit of a different story though. She had started making a name for herself before her time on “Celebrity Big Brother UK” and not by way of some sort of scandal. She was a model and occasional actress so at least she’s actually worked for her fame, at least a little bit and for me, that counts for something. It doesn’t hurt, of course, that she’s absolutely gorgeous. I’m not sure if this is an official photo shoot or if she’s just hanging out by the pool and posing for the paparazzi but she looks good doing whatever it is she’s doing. The photos of Georgia in the park from a few weeks back are still my favorite but this set comes pretty close. 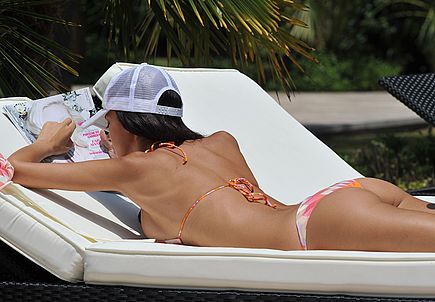