Geri Halliwell was always my favorite Spice Girl and after the band went their separate ways, I liked her solo work more than most of the other girls’. There’s just something I like about Geri. She’s gutsy and bold but still slightly less in your face than the sometimes off putting Mel B. Here, Geri spends a little time playing around by the water before she heads for lunch at Saint-Jean-Cap-Ferrat after the Monaco GP qualifying stages. These are the kinds of pictures I like most from Geri. She just has this relaxed and easy going way about her that wins me over. I think she’s the type of girl that would be a blast to hang out with. It doesn’t hurt that she’s pretty, either. 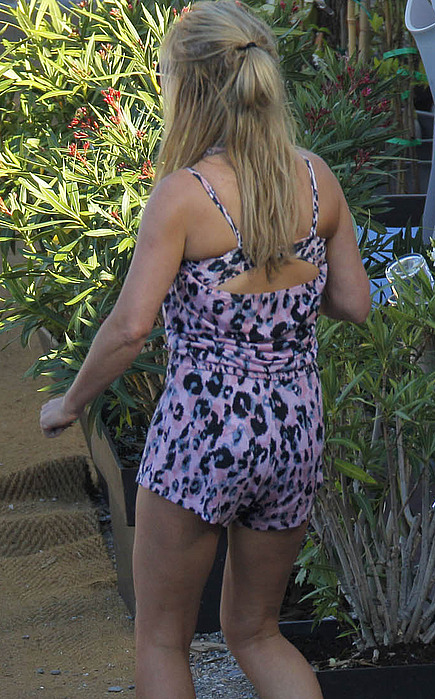