Geri Halliwell still knows how to rock a bikini. She the erstwhile Ginger Spice doesn’t have the same hard, firm body she used to, but she still looks good. These pictures from yesterday (July, 6, 2010) show the oldest of the Spice Girls is still a knockout. Geri has always been confident, sure of herself and gutsy enough to tell the world she doesn’t care what anyone thinks. She is who she is and that’s who she’ll always be – no apologies necessary. These days, Geri looks relaxed and casual without losing the glamor and poise that always made her so appealing. There might be hotter bodies on the beach, but when Geri struts her stuff, all eyes are on her – right where she likes them. 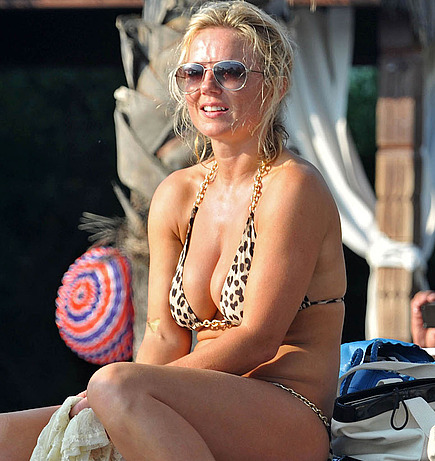