I know I talked a bit about Terry Richardson the other day when I wrote about his work with Lady Gaga but everything I said in that post is worth repeating here. Terry Richardson is a genius with his camera. He really is. These photos he’s taken of Lindsay Lohan are absolutely stunning. They’re on par with Lindsay’s Tyler Shields shots from a while back which were, until now, my favorite Lohan pictures of all time. Linsday is such a beautiful young woman. I know there are rumors about her partying again but I don’t pay much attention to that sort of thing. There will always be rumors about Lindsay. To me, she looks healthy and happier than she has in a while. As for Terry? Check out his shoots with Jared Leto. Brilliant. 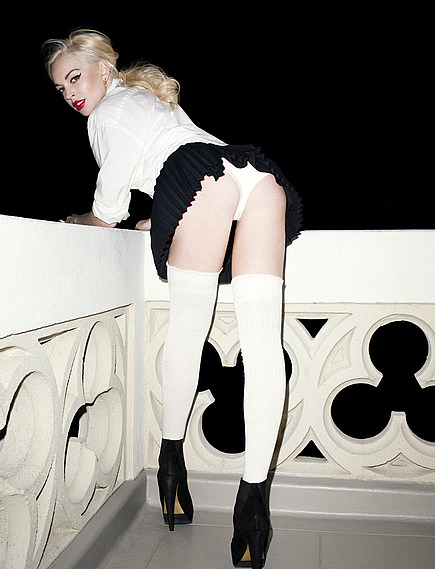