Kelly Clarkson? No! It is Kelly Carlson looking so hot in her white bikini photos as she shoots for a scene for her television show Nip/Tuck in Malibu. She might look feeling cold in these photos, but then, nobody can ignore her sexy looking hot body. The legs are so damn sexy and her ass looks so nice. Nip/Tuck star Kelly was also with co-star Julian McMahon in the set. This sexy Starship Troopers 2 star is also a model and did a cover to some magazines like Maxim for their August 2004 and Stuff for their October issue on the other hand. 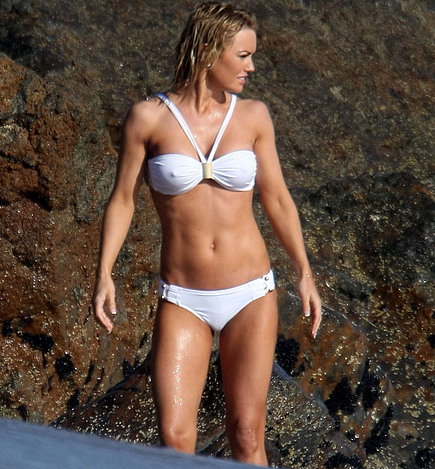