Ilary Blasi Busts Out In Lazio

Once again I’ve got to admit I had no idea this woman existed until these pictures of her were assigned to me. Apparently Ilary was a child actress who is now a showgirl, a television personality and a model. Her husband, Francesco Totti, is a Roma footballer and from the looks of these pictures, a very lucky man. Taken in Sabaudia, Lazio, the only thing I can find to complain about in these pictures is the fact that we didn’t get a full on nip slip. Nip slips really make coming up with a title a lot easier. Aside from that, these pictures are gorgeous. Ilary is clearly a very beautiful woman with a fantastic body. I’m only sorry I didn’t know of her sooner. I’ll be keeping an eye out for her from now on. 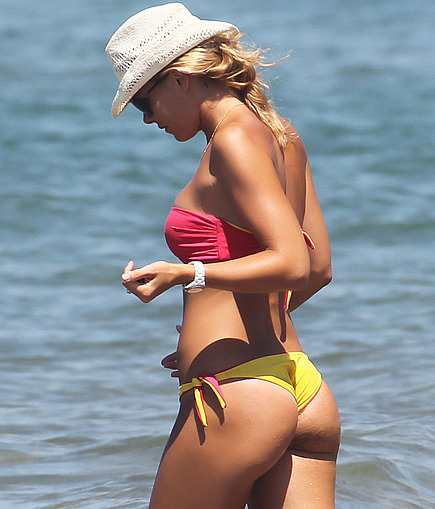