Is Serena Williams Fat Or Muscular?

People like to give Serena Williams a lot of crap about being a little too masculine, but I don’t think that’s entirely fair. I mean, come on – she’s a professional athlete. Of course she’s a little on the muscular side. People like to point out Anna Kournikova and her ultra feminine body, but aside from the fact that they both play tennis, I don’t think it’s fair to compare the two. Anna is widely considered mediocre in tennis. Serena, on the other hand, is seen as one of the best female tennis players in the world today. I like Serena. I like that she is who she is and doesn’t seem to worry a whole lot about what other people think of her. So, is Serena Williams fat or not? 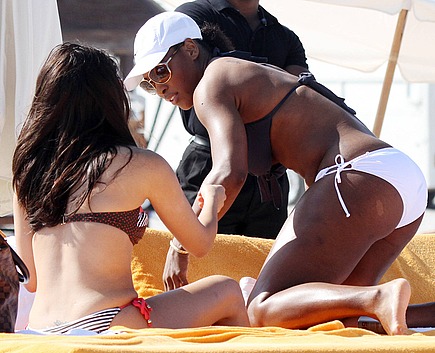