Is Tila Tequila Still A Celebrity?

I suppose the question should be, was Tila Tequila ever a celebrity to begin with. Her music is just terrible and she she brought reality television to a whole new low with “A Shot at Love” and “A Shot of Love 2”. Her performance at last year’s Gathering of the Juggalos (the underground music festival organized by Insane Clown Posse) was about as well received as a punch in the face. She was not only booed but was also pelted with rocks, bottles and apparently a really disgusting watermelon I won’t even discuss here. Did she deserve that? Of course not! No one deserves that. Still though, maybe it was a sign music just isn’t her thing. What is her thing? Looking super hot and being a fame whore. Outside the Sirius Radio building, Tila does what she does best – posed for cameras and flashed as much skin as possible. She’s not classy. She’s got zero credibility but she’s still gorgeous so I guess she’s got that going for her. 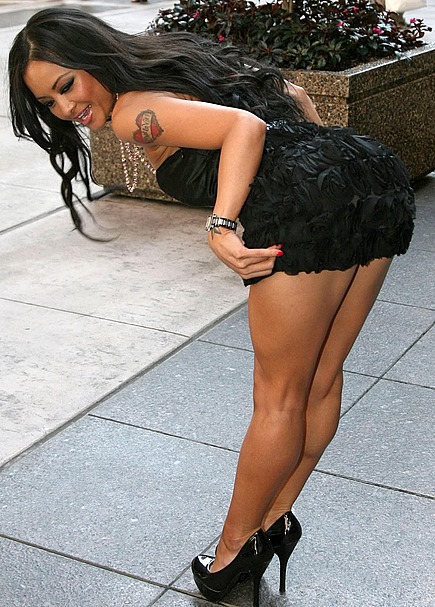