While most hot blond female celebs seem to see a trip to the beach as an excuse to show off as much skin as possible, Jaime King chooses to go the other way with it. Here in Miami, Jaime shows us a woman doesn’t have to flaunt every curve and contour of her body to be sexy. Sure there are other celebs that have nicer rear ends, but Jaime is still an incredibly sexy woman. Most of all, she doesn’t seem to be caught up in the attention of the cameras, instead choosing to just have fun. Although in recent years, her career hasn’t exactly been on fire, aside from mega-successful ‘My Bloody Valentine 3D’, Jaime has held her own. I love this girl and hope to see her in more projects in the future. 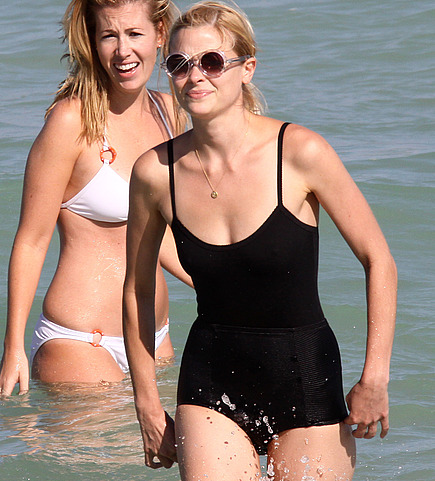