The world’s first supermodel has definitely seen better days. I have to give her serious credit for looking as good as she does in a bikini and for having the balls to wear a bikini at 56 years old, but I’m not entirely sure this is something the world needs to see. I love her patriotism though. As she’s seen celebrating the 4th of July on a beach in Malibu, Janice doesn’t exactly look like a woman that’s knocking on 60’s door, but she doesn’t look far from it either. It’s one of those weird situations where you look at the pictures and think, “Holy cow! I can’t believe she’s almost sixty. Well….” and then you trail off uncomfortably admitting, without actually saying, that yeah, you can kind of see it. Still a gutsy move from a woman known for being bold and outrageous. 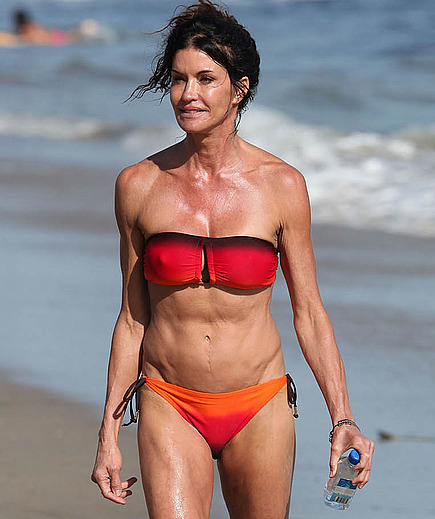