Jayde Nicole, former Playboy Playmate, and her gal pals arrive for a night at Colony in Los Angeles. Jayde was sporting a band-aid on her chin and all three ladies were dressed ‘lingerie-style’, according to Jayde’s Twitter. The band-aid was supposedly there to cover up a mark left by surgery to remove a ‘pre-cancerous’ mole although many gossip outlets have been speculating otherwise. In all honesty, it doesn’t much matter how the band-aid got there. It, somehow, does not take away from her stunning looks. These babes – all of these babes – looks hot; especially Jayde. This lady is one smokin’ female – band-aid or not. 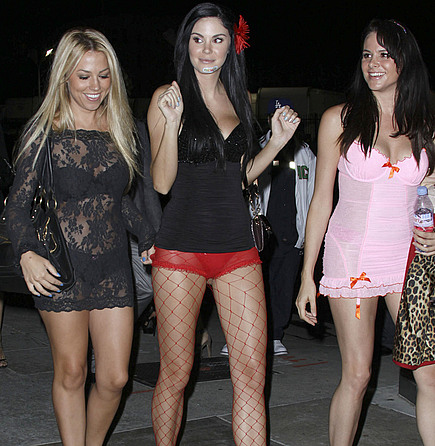