Jennifer Lopez Is Back On Top

Did “American Idol” save Jennifer Lopez or did Jennifer Lopez save “American Idol”? This is the question a lot of people have been asking since Lopez was named the “most beautiful woman in the world” by People Magazine. Think back just a little bit to where Lopez was before being a new AI judge. Her singles were barely charting and her movie career was pretty much stalled (to be fair, I really liked “The Backup Plan”). Now she’s back on top and I think she deserves it. Here in LA, Jennifer shows off her body but in a way that doesn’t really come across as exploitive or slutty. She’s just having fun with the photo shoot and I like that. She’s a sexy woman and not nearly the diva I thought she was. I’m a fan all over again. 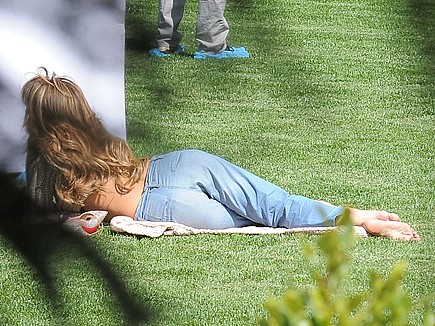