Jenny McCarthy Has A Killer Body

I’ve always been a big Jenny McCarthy fan. She seems like the type of woman that is happier drinking beer with the boys than getting her hair and nails done at a salon, and that really appeals to me. Sure she has a bad track record with romance but there aren’t many women in Hollywood who don’t. She’s in charge of her own sexuality and she’s open about who she is. She can be crass and rude, but she is unapologetically Jenny and I love that about her. It doesn’t hurt that she’s also very pretty and has a killer body she isn’t afraid to show off. I don’t always agree with everything she says, but I’d never argue with pictures of her in a bikini. 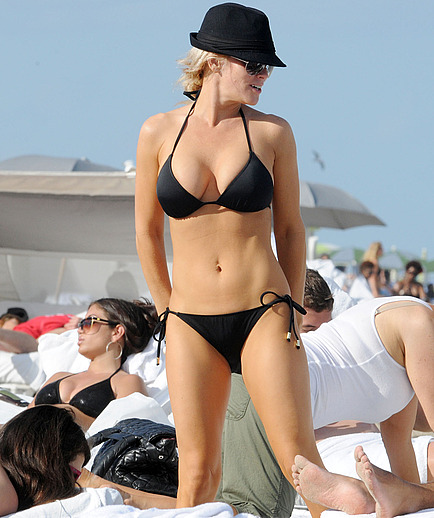