A few short hours ago, I posted photos of Shauna Sand and was maybe a little harsh on her for all the plastic surgery she’s had. I know to some it may seem hypocritical to not do the same to Jenny McCarthy as she’s had a bit of work done as well, but here’s the different to me. Jenny still basically looks like herself. She hasn’t morphed into a completely different looking person. I think she’s used cosmetic surgery to enhance and maintain what she was naturally blessed with. Shauna Sand … has not. I don’t even think it’s possible to compare the two. I’m not against plastic surgery. If I had the money, I would probably have a thing or two done but I think it needs to be done right and not used to try to make a person into someone else. For that reason, I’m fine with whatever work Jenny’s had done. She’s a babe – strong, confident and a little crazy – and she still looks unbelievably good in a bikini. 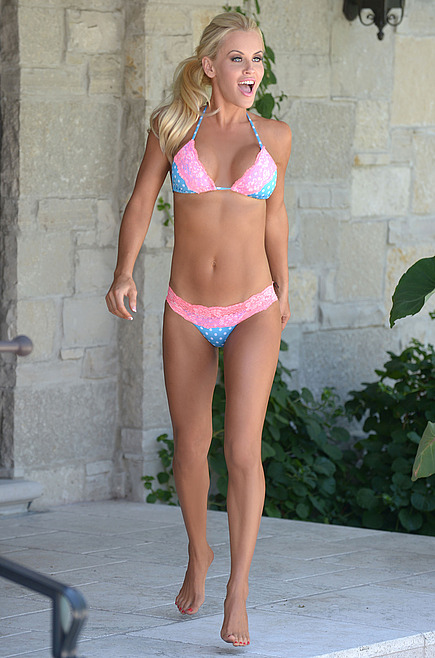