You might not know Jessica Sutta by name just yet, but she hopes to change that with her upcoming solo album, due to be released this summer. She rose to fame as part of The Pussycat Dolls and while other Dolls have tried to strike it out on their own, none have really found all that much success. Carmit Bachar – the first Doll to leave the group in search of a solo career – has yet to release her highly-anticipated solo album. Rumors are swirling that Jessica and Carmit will release their albums around the same time, putting them in direct competition. If you can only root for one former Pussycat, who would it be? Despite my love for Jessica and how ridiculous hot she looks in these pictures, I have to admit I’m team Carmit. 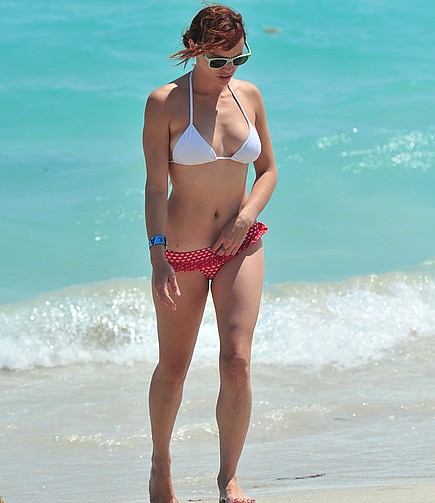