Now, I know it’s tempting to call this look trashy what with the completely exposed nipples but I think there is a bigger story here than it would appear at first glance. Yes, Joanna Krupa is showing full breast in these photos (taken in Beverly Hills) but I honestly don’t think it was intentional. Call me naive if you will, but here’s what I think happened. While getting dressed, Joanna chose a new shirt she’s never worn in public before. In normal light, it looks perfectly acceptable but it’s a totally different story when the camera flash is involved. A shirt that appears to be a perfectly normal shirt while the cameras are off is suddenly entirely see through when the camera is on. How does this happen? I blame it on wizards but I’ve had it happen to me and not that long ago. Last New Year’s Eve, as a matter of fact. Left the house looking respectable, had to steal my husband’s blazer within an hour of arriving at the party because in the wrong long, I might as well have not been wearing a shirt. I’m going to give Joanna the benefit of the doubt on this one simply because I’ve been there. 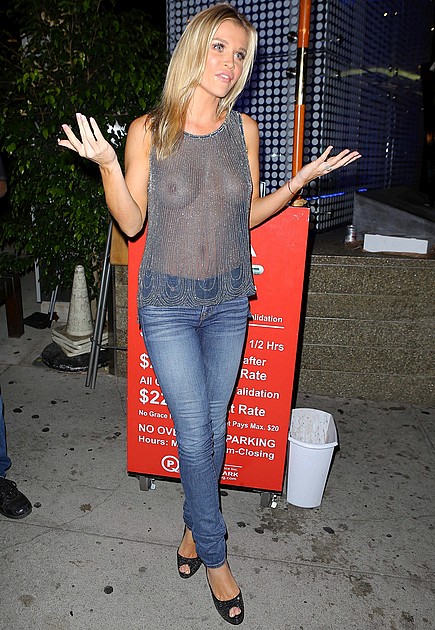