Well holy crow. A set of pictures of Karissa Shannon that I don’t have anything to criticize. I will freely admit I often give this girl a hard time because, well, she pretty much represents everything I don’t like about Hollywood, but I try to at least be fair so… Karissa looks pretty damn hot here. Normally I don’t like the ultra blond hair, but even that doesn’t seem as distracting in these photos. She looks like she’s having fun and anyone who has been reading these posts for a while likely knows I really like pictures of celebs who look like they’re enjoying themselves. I like the bikini. I like the fact that she isn’t thin as a strand of raw spaghetti. I like it all. I can finally see why people like her so much. 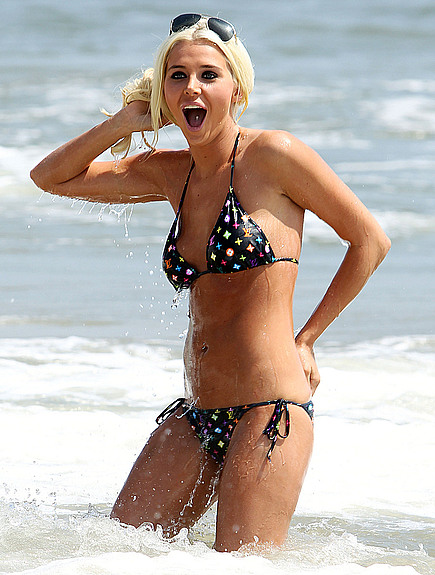