I don’t like Karissa Shannon. She’s yet another pretty blond bimbo that thinks big boobs and a nice ass entitles her to a spot in the lime light and, well, I suppose in today’s Hollywood it does. Her forthcoming sex tape, which has been called the kinkiest celebrity sex tape ever, will only likely cement her place in infamy. What bothers me about her isn’t the sex tape. There’s little I love more than a good celeb sex tape. What bothers me is the fact that she tried to pretend this was ever supposed to be anything other than public. Perhaps it wasn’t, but when a girl flashes her ass and her boobs for the camera as much as Karissa, it’s hard to believe she wouldn’t jump at the chance to release a sex tape. I mean, it’s not like we haven’t seen her naked before. All that said, I know the moment that sex tape is released I’m going to be watching it. So I guess, in the end, Karissa wins. Big surprise. 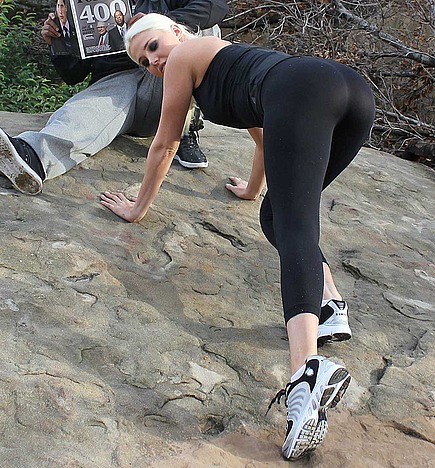