I am a straight woman but I have to admit, Kate Beckinsale is one of the handful of female celebs that would make me consider playing for the other team. Here in Mexico with her daughter, Kate looks absolutely stunning. Her body is killer. She’s absolutely beautiful and she seems so down to earth and real. She looks like the kind of woman that likes a nice cold beer on a hot day and chilling out at home with her family. She also looks like the kind of woman men everywhere – and a few of the woman – would give anything to spend a little time with. Her body is killer. Yes, I know I said it already, but her body is just so ridiculously awesome it’s worth mentioning twice. I love this woman. I would have her babies if such a thing were possible. 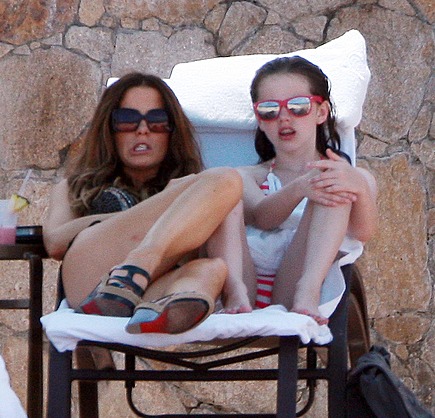