Kate Bosworth Topless At The Beach

Kate Bosworth is dating Alexander Skarsgård, who of course plays Eric Northman on HBO’s “True Blood”. Rumors of their never quite confirmed relationship coming to an end don’t seem to be getting Bosworth down though as she hits the beach with and without her bikini top. In all honesty, though, Kate doesn’t really do anything for me. I remember seeing her in “Win a Date With Tad Hamilton” a few years back and thinking she was so beautiful and wholesome. Then she disappeared – literally. Where is the rest of her? She actually looks like she’s starting to gain a bit of weight back, but she still has a long way to go before I’m ready to call her sexy again. 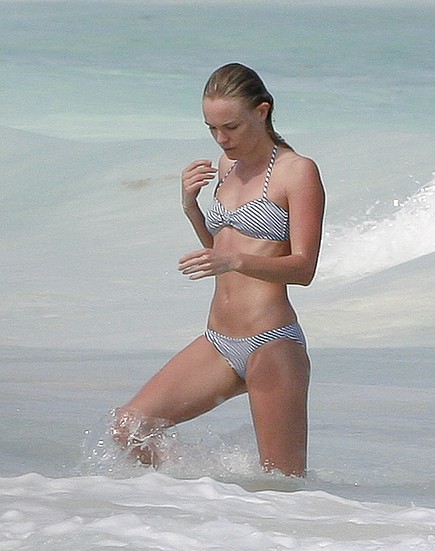