Perhaps you haven’t heard, but there’s this guy, Prince William, and he’s getting married soon. He’s marrying a girl named Kate Middleton. These are pictures of that girl in a white bikini. What exactly does it take to land a Prince? Well, a body like that for starters, I’m guessing. I don’t know. The closest I’ve ever come to landing a prince is kissing a few frogs and hoping for the best. I like Kate. She’s educated, beautiful and doesn’t seem to have the kind of attitude that would lend itself to being pushed around by the Royal Family. Am I wrong? Probably. I’m wrong a lot. She looks pretty hot in that bikini though, doesn’t she? 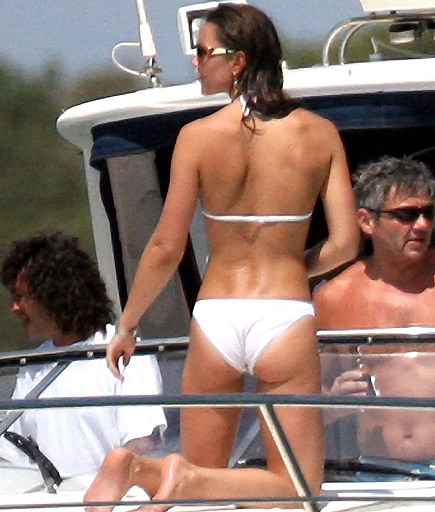