Kristen Stewart Meets Her Fans At The Breaking Dawn Premiere.

Okay, here’s the deal. I like Kristen Stewart, I liked the Twilight books and I enjoyed the first Twilight movie. I hated New Moon, thought Eclipse was a serious improvement but never quite got around to watching Breaking Dawn Part 1. Breaking Dawn Part 2 is now in theaters and I really couldn’t care less. I’m sure I’ll watch the movies eventually but I really didn’t think they did the books justice. Now that we’ve gotten that out of the way, let’s talk about Kristen Stewart. I don’t care about the cheating scandal. I’m not even entirely sure I believe it wasn’t just a push for publicity but I guess that’s beside the point. In all honesty, I just don’t think Kristen is all that attractive and I don’t think she’s the fantastic actress some seem to think she is. I think she has a lot of potential in the acting department. She just needs to explore new types of characters because, as far as I can tell anyway having seen all of her movies, she plays variations of the same type of character over and over again. Looking for new kinds of roles will help her grow and develop and she could, one day, be a real force to be reckoned with. Now, I mentioned I don’t find her attractive but, still being honest, that’s starting to change. I love these photos and I think she looks fantastic in them. I love this side of Kristen. Maybe my overall opinion of her is starting to change not that it matters. She has more than enough fans and is wildly successful. My opinion isn’t really anything she needs to concern herself with. 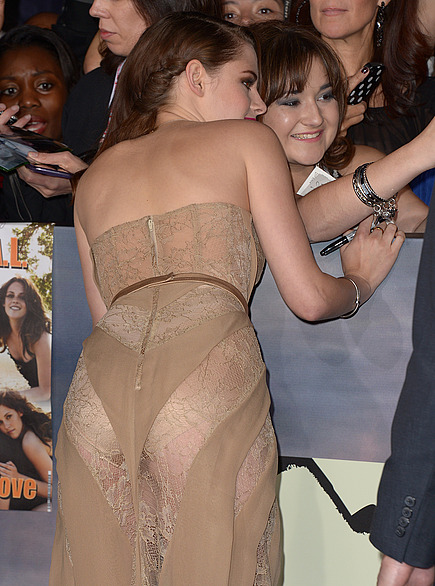