I really like Lana Del Ray. I know a lot of people gave her a hard time over her appearance on Saturday Night Live a while back but I was of the opinion that people were more than a little too harsh on her. She was a newcomer at the time, more or less, and she was likely pretty nervous. All told, I didn’t even think the performance was that bad. I’m sure most of that is a long forgotten memory for most by now though. I don’t think Lana is though. This girl is so beautiful and so talented, I could really see her having a successful career in the long run. In this photo set, we see Lana showing off her darker looks while shooting her new music video in LA. I can’t wait to see the finished product. Judging by these shots, it’s going to be fantastic. 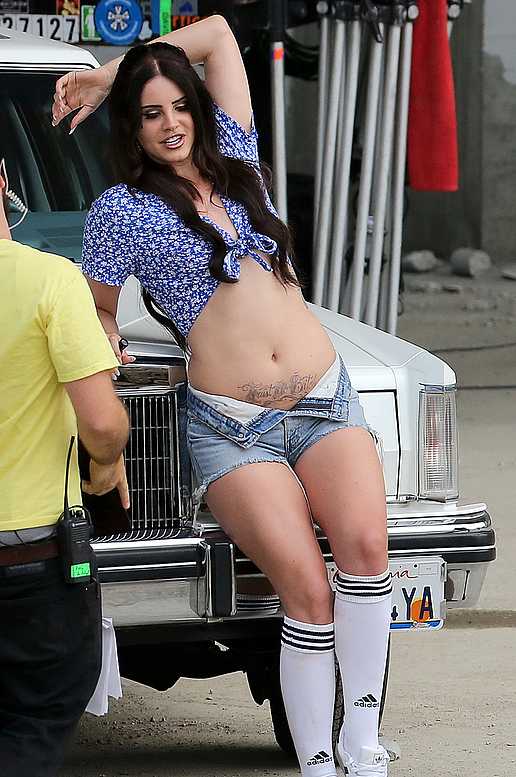 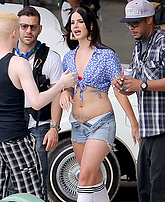 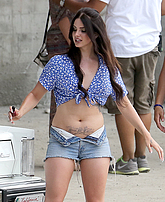 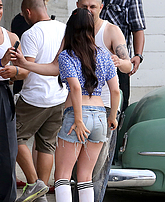 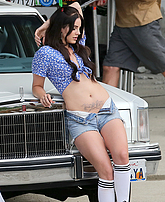 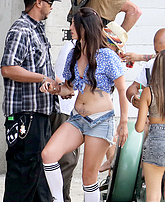 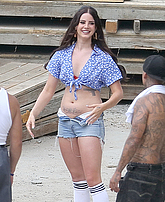 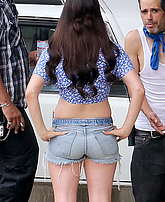 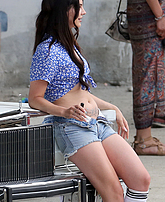