People love giving Lindsay Lohan grief. They like picking apart everything she does, looking for any sort of scandal they can find. She has made herself a target and really has no one to blame for her bad reputation but herself but there comes a point that it’s time to let it go. I have always been a Lindsay fan and I’ve always been rooting for her to find her way back to the straight and narrow so perhaps I’m biased when I say I don’t see anything scandalous about these photos. I think she’s more conservatively dressed than many of the women who hang out lounging by the pool but more importantly, she’s looking healthier than she has in a long time. People like to say she looks older than she is and in the past, I’ve agreed. When I look at these photos though, I see a young woman that looks an awful lot like that girl I fell in love with back in the “Mean Girls” days. I want what’s best for Lindsay. I only hope she finally wants what’s best for herself as well. 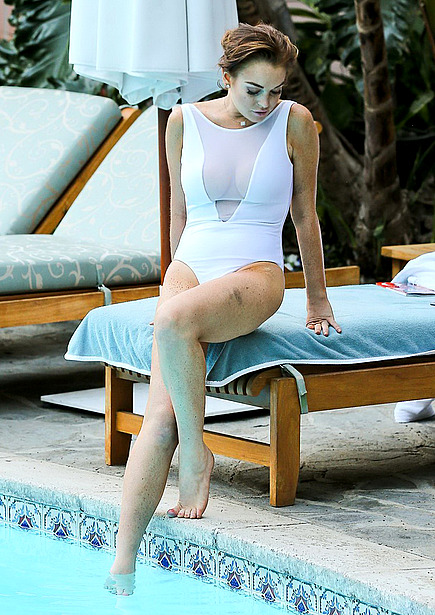