Lindsay Lohan is a mess blah blah blah. I don’t care what anyone says about Lindsay Lohan. I never have and I never will. I’m not the kind of person that jumps on bandwagons and these days, hating on Lohan is one of the biggest bandwagons in Hollywood. The girl has problems but I really think she’s getting her act together. I think her most recent troubles in court and her morgue duty have really opened Lindsay’s eyes. She’s a beautiful girl. I can already foresee someone saying she looks old or haggard but come on – that just isn’t the case. She looks incredible in these pictures from Hawaii and dare I say, healthier and happier than she has in a long time. I think Lindsay could make a huge comeback one day as long as she chooses the right project and gets her head together first. 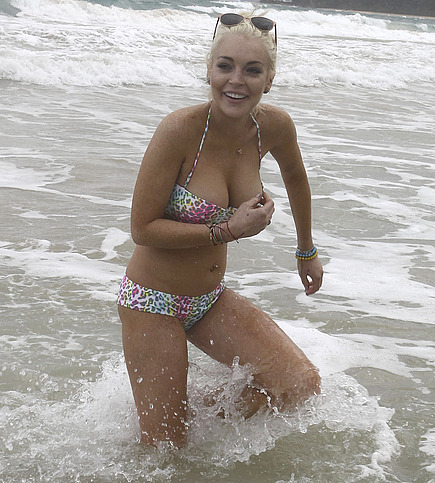