It feels like it’s been forever since I’ve seen pictures of Megan Fox in a bikini. There for a while, it was like there were new pictures of her frolicking on the beach every day or so. As hard as it is to believe, I was getting a little sick of it. The old saying is true, though. Absence does, in fact, make the heart grow fonder. This woman is gorgeous. I’m not sure anyone could deny that. What I really like about these pictures of Megan from Kona, Hawaii is that Brian Austin Green (Megan’s husband) is in them. While she is the bigger name in the relationship right now, I remember Brian very fondly as David Silver on ‘Beverly Hills 90210’ and he’s still looking good all these years later. As a side note, when Brian and Megan got married, I predicted they wouldn’t last a month. I’m happy to say I was wrong, so congrats to them both. 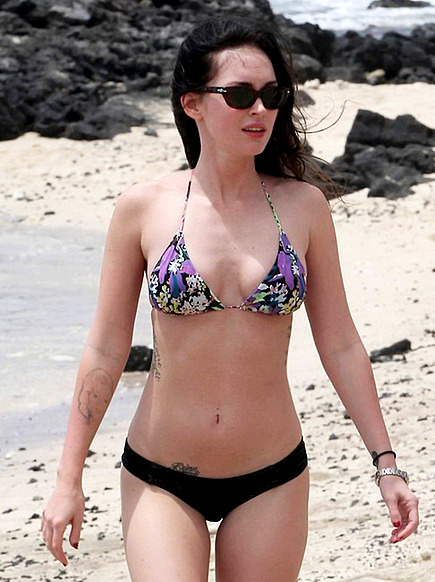