Melanie Brown certainly isn’t a shy one, is she? I’ve come to believe Melanie treasures two things in life above all else (family excluded); her killer abs and her killer boobs – not that I have a problem with that. Here at the Nevermind Nightclub in Sydney, Mel once again puts her girls on display and gets a little helping hand in making sure she doesn’t show too much. Lucky bastard. After her triumphant return as a guest judge on Dancing With the Stars for their 200th episode extravaganza, Mel has a lot to celebrate. Or maybe she’s just celebrating the fact that even after giving birth her rack still looks fantastic. Hey, I’ll drink to that! 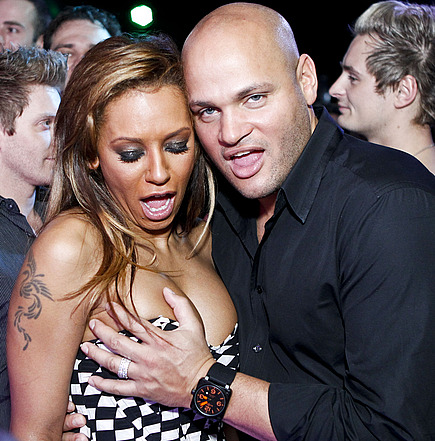