Oh. My. Heavens. I’ll be honest. I don’t know what TV show this is from (perhaps someone can tell me in the comments) but I honestly don’t care. The show is now my officially the coolest show in television because it gave Michelle Hunziker a whip and dressed her as Catwoman. The result? So much sexiness I almost can’t even stand to look at the pictures. I sincerely hope Anne Hathaway gets to wear a costume like this when she takes on the role of Catwoman in ‘The Dark Knight Rises’. I didn’t think it would be possible to top ‘The Dark Knight’ and honestly, it probably isn’t, but Anne Hathaway in this get up would definitely help. 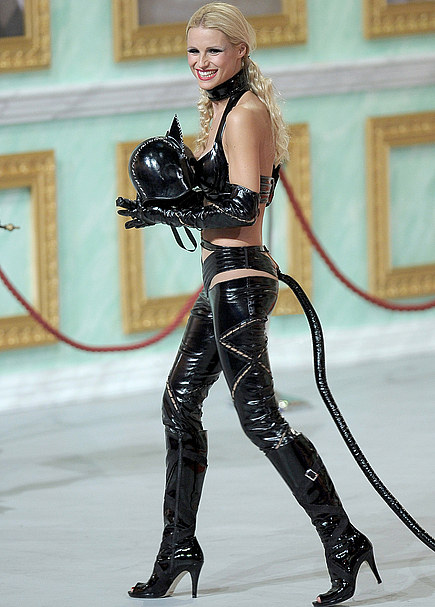