I’m going to go right ahead and assume that is not a crotch shot we’re seeing in the first photo here of Miley Cyrus in London but I can see how people would think it is. It certainly looks like it could be. I’ll let you all decide for yourselves. I’m not going to focus on it too much because I don’t really think there’s anything to focus on. In general, I really like these photos although I find them a little on the bland side. I think it’s weird that Miley’s wearing an Iron Maiden shirt but hey, stranger things have happened and it looks pretty good on her. It’s the skirt I’m not really into but to each their own, I suppose. All in all, I think she looks great here. 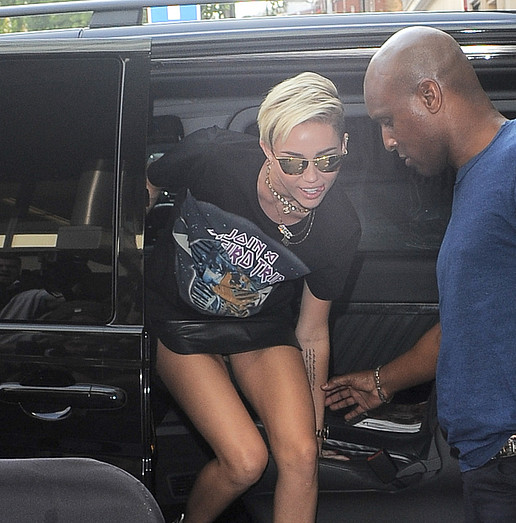 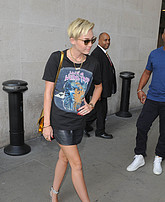 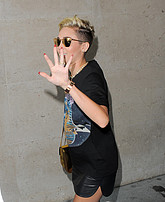 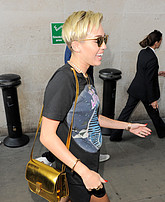 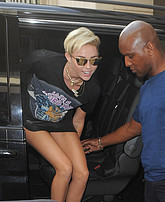 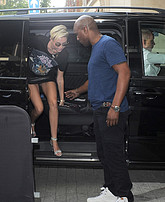 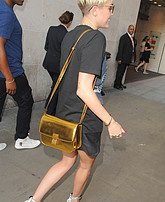 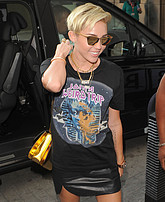 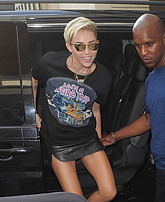 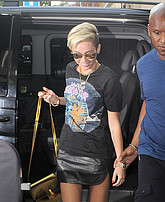 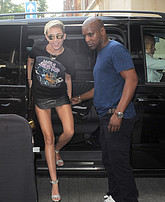 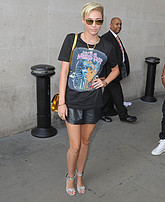 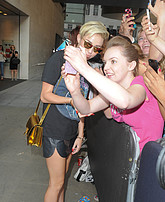 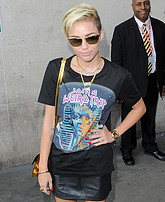