Well Miley, you’ve really come a long way since we last saw you at Rock in Rio. You not only forgot your pants for your performance but your shirt too. Someone’s really getting forgetful – hitting the stage at the MuchMusic Video Awards in nothing but her underwear. Later on, Miley found her pants but forgot the rest of her shirt, showing nearly everything in shirt that consisted of strategically placed black strips. Sure it may seem inappropriate that a girl that isn’t yet eighteen years old is parading around in next to nothing, but she has to do something to distract people from the fact that she has very little talent and it works. Miley says she can’t be tamed. Apparently, she also can’t be convinced to put some clothes on. 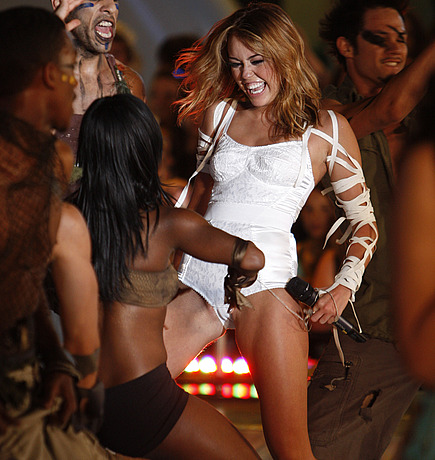