I love Rihanna as much as the next person, perhaps even more, but I have to admit, I’m a little bit worried about her. According to several popular gossip sites/magazines she has been spending time with ex-boyfriend Chris Brown and has even been flying to see him in LA. I’m really hoping that isn’t true. Of course what she does with her life is her decision. Of course it’s entirely possible he’s changed. It just concerns me. If I had to guess, I’d say the rumors aren’t true. I’ve seen a lot of pictures of Rihanna, especially pictures like these from her vacation in Hawaii. Chris hasn’t been in any of these pictures and judging by how many pictures have shown up, I have to assume she’s been in Hawaii for a while. Perhaps that’s wishful thinking on my part but until I know for sure otherwise, that’s the assumption I’m going to go with. Rihanna is a strong, confident, beautiful woman regardless of whether or not the rumors are true and I respect her deeply. If she chooses to take him back, that’s her decision and I’ll stand by her. Doesn’t mean I won’t worry for her though. 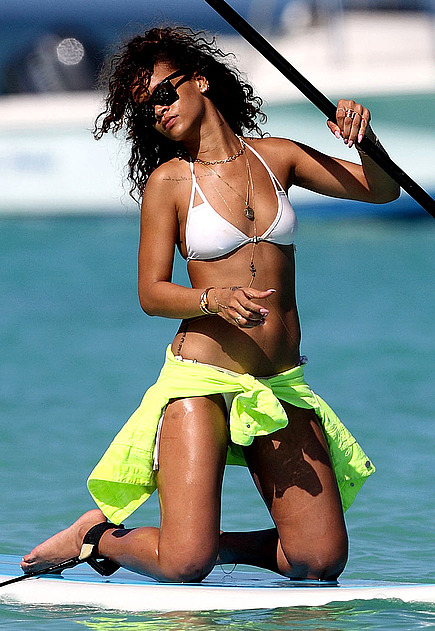