Selena Gomez, Vanessa Hudgens and Ashley Benson are clearly a big part of the upcoming flick “Spring Breakers” and from the pictures I’ve seen thus far, it looks like they’re going to be spending a good portion of the movie clad in nothing but a bikini. I saw a photo of James Franco on the set the other day all dressed up for his role. He looked more like Kevin Federline than James Franco and I don’t know. That kind of makes me even more excited for the movie. Clearly wearing little clothing isn’t just for the girls in this one and I like that for a change. This newest set of pictures were taken as Selena, Vanessa and Ashley were leaving the set after they finished work for the morning. Perhaps they just hit the beach right after shooting. What a great job. Beats the heck out of mine, that’s for sure. 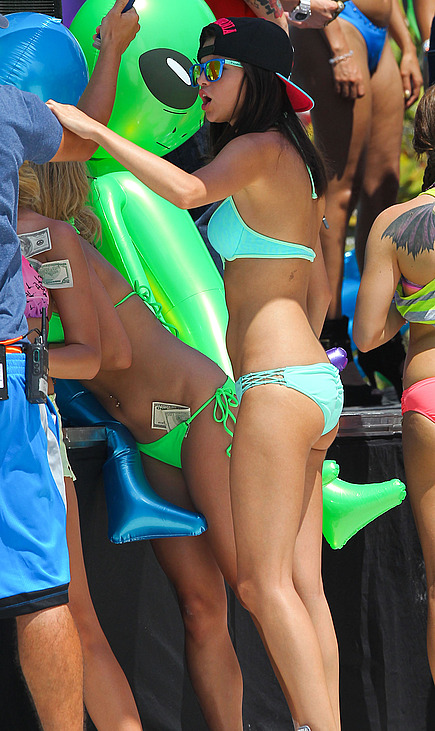