Have I gone back in time? Nope – just Britney Spears flashing her crotch again. At least she’s wearing panties this time, I guess – cute ones too. Being that these pictures were snapped in London, I’m really tempted to do a London/France/Underpants joke but I won’t. Instead, I’ll confess something I never thought I’d say. I actually feel a little bad for Britney. The last time was worse, obviously, as she wasn’t wearing underwear, but last time it almost seemed kind of intentional. This time, judging by how close the camera is to her face, someone really had to be zooming in to get this one. That’s kind of a shame but hey, we get to see Britney’s underwear so I guess it’s not all bad. 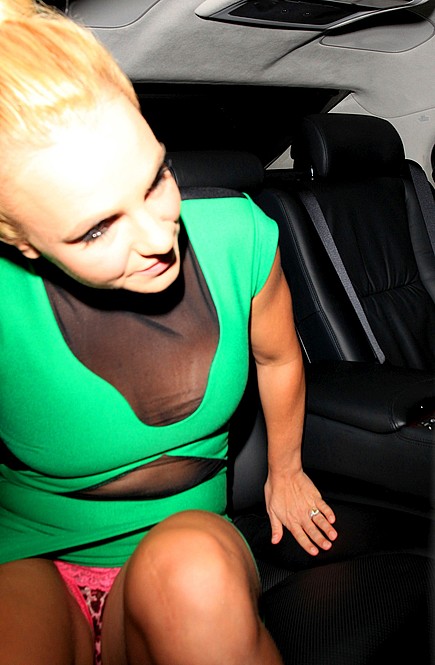