I have always been of a certain opinion on the subject of women (or men) who become famous for reality television shows. Audrina Patridge is one such celebrity. She rose to fame as part of “The Hills” cast and has more or less maintained a certain level of fame since the show came to an end. She had a (far too brief) stint on “Dancing with the Stars” a few seasons back and I suppose that’s really when my opinion on reality show stars began changing. I liked Audrina on the show and have liked her ever since. Here on an LA beach in a cute floral bikini, Audrina looks fabulous. She also looks like she’s having a pretty good time. 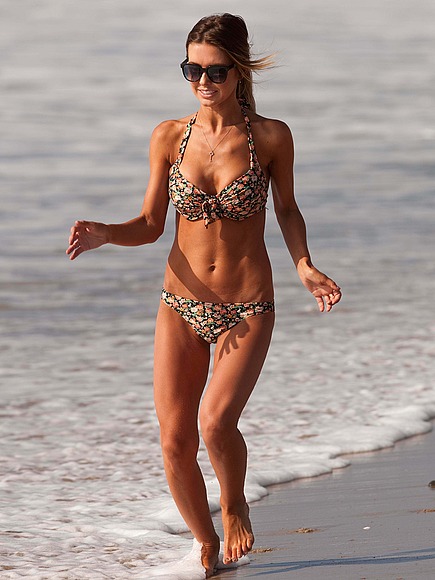