Rosie Huntington and boyfriend, Jason Statham are getting 2012 off to a good start, enjoying a relaxing afternoon at a beach house in Miami, Florida on January 2. I’ve been hearing rumors lately that Rosie may be pregnant but after looking at these pictures, I have to assume those rumors are false. I suppose it could be early (very early) in the pregnancy but I sincerely doubt it. Funny story: when my mother gave birth to me, she drove herself to the hospital, told the nurse at admissions that she was in labor and the nurse didn’t even believe Mom was pregnant. My mother is a tiny, tiny woman but she barely showed at all. Not saying that’s the case with Rosie because there is no doubt in my mind whatsoever that she’s not pregnant. I suppose I just wanted to share a little bit about me. So there that is. Enjoy the pictures. 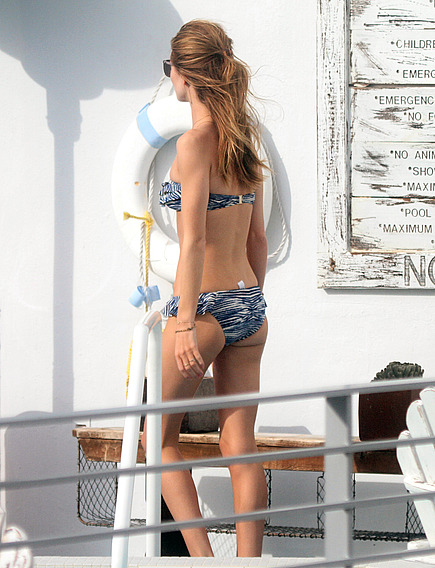