Nicki Minaj Is A Strange And Oddly Sexy Bird

I really want to like Nicki Minaj. I checked out her album and it definitely has moment I can really get behind but for the most part, I have to admit I’m not really a huge fan. I’d like her style if it didn’t all feel a little “been there done that”. I think I’m being to harsh. I do that sometimes. What I do like about Nicki is that she really marches to the beat of her own drum and is unapologetic about that. That goes double here in Oahu, Hawaii as she films her new music video for her song “Starship”. The bikini, the wig – it’s all so over the top but I like it. I heard the song and I’m still a little iffy about it but I’ll give it a few more listens. I could end up loving it. It wouldn’t be the first time I hated a tune that wound up being one of my favorites. I’m looking at you “Moves Like Jagger” by Maroon 5. 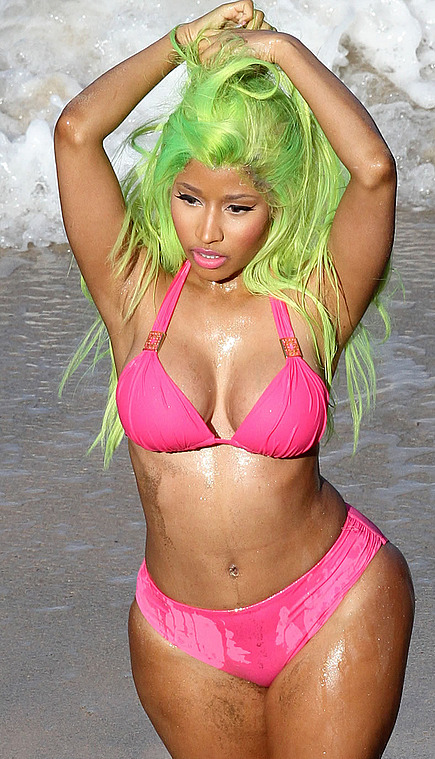